Even Docs get killed by Akathisia 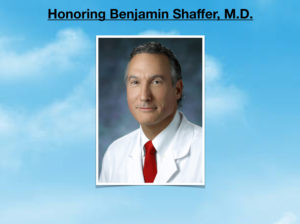 This post by Johanna Ryan is part of a series on DH and RxISK centered on Billiam James’s .Akathisia Anthem

Pamela Wible, M.D. has been one of the leading voices speaking out about physician suicide.  She has done a lot of good, too, by being open about the abuse of doctors by the system – students and junior folks especially – instead of just reciting bland slogans about mental illness and “stigma.”

A week ago, however, she blogged about “Why Happy Doctors Die By Suicide.”  It was also published on Medscape, a bigger and more corporate-type audience than she usually gets.  It’s a big step backwards.

The doctor guy whose death she recounts was clearly a victim of his psychiatric treatment far more than his professional or personal angst.  Yet she turns his death into a sanitized plea for less harsh treatment of doctors (by the ungrateful public, mainly) and easier access to treatment.

As a patient activist who has long admired your work, I found your column on the suicide of a “happy doctor” to be both heartbreaking and astonishing.  It wasn’t just that the loss of Dr. Benjamin Shaffer – a D.C.  orthopedic surgeon with a top-flight sports medicine practice, a stellar reputation and an irresistible grin – was so painful and unexpected for his many friends.

The real shocker was that a gutsy and insightful person like yourself, who doesn’t hesitate to call out the inhumanity in our modern medical-industrial complex, seemingly could not bring herself to call out the elephant in the room.  If you can’t do it, who in your profession will?

Here’s how you described Dr. Shaffer’s last days on your blog:

“Underneath his irresistible smile, Ben hid a lifetime of anxiety amid his professional achievements. He had recently been weaned off anxiolytics and was suffering from rebound anxiety and insomnia—sleeping just a few hours per night and trying to operate and treat patients each day. Then his psychiatrist retired and passed him on to a new one.

Eight days before he died, his psychiatrist prescribed two new drugs that worsened his insomnia, increased his anxiety, and led to paranoia. He was told he would need medication for the rest of his life. Devastated, Ben feared he would never have a normal life. He told his sister it was “game over.”

The night before he died, Ben requested the remainder of the week off to rest. His colleagues were supportive, yet he was ashamed. He slept that night, but awoke wiped out on May 20, 2015. After driving his son to school, he came home and hanged himself on a bookcase. He left no note. He left behind his wife and two children.”

No note, no warning … and none of the tragic elements of bullying, overwork, humiliation and exposure to nonstop suffering that feature in many of the stories you have shared of talented colleagues and students lost to suicide. Nope. Ben Shaffer was at the top of his game, treating elite pro athletes, and seemingly more at risk of being idolized than browbeaten by those around him.

Yet what did you ask us to learn from his death?  Only the safe, official lessons: Doctors, even “the most optimistic, upbeat and confident,” are under tremendous stress.  We need to make sure they can get professional help without fear of “stigma.”  If Dr. Shaffer, like others before him, “chose suicide to end his pain,” we just have to accept that his burden must have been heavier than any of those who loved him could see.  And if they could not see, it was only because doctors are such “masters of disguise and compartmentalization.”

This doesn’t begin to help us understand Ben Shaffer’s death.  It would have been riskier, but far more useful, to tell us the names of those “two new drugs.”  Not to mention the “anxiolytics” (most likely benzodiazepines) that threw him into withdrawal hell.  (So many of your colleagues refuse to even believe they are addictive.)  But as we both know, there would have been hell to pay.

So you took the safer path, and paid no attention to the Elephant in the Room. At least not in your blog—and not on Medscape, either.  When you told Ben Shaffer’s story to a gathering of orthopedic surgeons in Chicago, however, you did at least speak the names PROZAC and SEROQUEL.  That’s good.  But Dr. Wible, those should not be professional secrets shared by doctors in “safe spaces” where no patients will hear.  Your lives matter—but ours do too.

You were right, of course, about many things: Doctors endure a lot of special stresses that make them vulnerable to suicide.  For many, those stresses are getting worse.  And they labor under a special set of professional pressures that can make it very hard for them to admit weakness or seek help.

But there’s another huge problem they (and you) share with so many of the rest of us, their patients (and yours):  The pharmaceutical “treatment” they get for their emotional distress is often making things worse.  Much, much worse.  (And by the way, a major risk factor for doctors may be the one they share with cops: easy access to the means.  Guns in one case, drugs in the other.  Could this be why the suicide rate is worst among anesthesiologists?)

Unhappy doctors take their troubles (discreetly) to a fellow doctor, and are treated with meds.  Anxiolytics, antidepressants, stimulants, and increasingly, anticonvulsants and antipsychotics.  Addictive meds; meds that create severe withdrawal reactions; meds that create horrific side effects of agitation, paranoia and panic; meds that cloud their thought processes or blunt and degrade their ability to maintain close relationships.

Then they die by suicide.  And what do their grieving colleagues blame?  The terrible mental illness!  Or, since these are colleagues, after all, the terrible professional stress.  Depression is a killer, you tell us solemnly.   Anxiety is an awful, chronic disease.  Medical practice is leading to PTSD, and PTSD is deadly.  We’ve got to get more doctors into treatment, and make it easier for them to get!

But if this sad tale tells us anything at all, it’s that we also need to take a long hard look at that treatment.  After all, Ben Shaffer was not just a “Happy Doctor.”  By your standards, Dr. Wible, he was also a “Wise Doctor” who knew he needed professional help – and a “Lucky Doctor” who was able to get it.

And what did that good luck and wisdom bring him?  Years of using benzodiazepines to “manage” his stress and anxiety in the approved “medical” way, leading to an addiction no one warned him about.  A dreadful, prolonged withdrawal reaction when he tried to quit, which no one knew how to treat.  Resulting in a further pileup of psych medications, with side effects that truly made him question his sanity and ability to go on living.

There’s a nice Latin name for that last set of side effects: Akathisia.  It’s a syndrome of drug-induced mental and physical turmoil that we have known for decades can lead to suicide.  A wide variety of drugs can bring it on – even some antibiotics, in rare cases.  But the most frequent culprits are psychotropic medications handed out for depression, anxiety, PTSD – ironically, the very meds our doctors rely on to “calm us down.”

For Dr. Shaffer, this grand tour of hell was topped by one final coup de grace: The prescribers of all this torment – who were his colleagues, and maybe even his friends – told him that his real problem was within.  Face it, Ben, you are chronically mentally ill, and you’ll have to be “treated” with these medications for life.   As a doctor himself, who had probably watched too many patients go down that path, it’s small wonder his reaction to this news was “Game over.”

So no, we should not be “baffled” when we lose a “happy doctor” like Benjamin Shaffer.   And for every “happy doctor” we lose, dozens of happy salesmen, welders, teachers, truck drivers, lawyers and nurse’s aides also die every day.  They probably had worries, stresses and losses in their lives as well, which caused genuine distress but were NOT deadly.  At least, not until they went to their doctor and got “treatment.”

And because they are not medical professionals with white coats and CV’s, their suicides don’t even “shock” and “baffle” their doctors the way Ben Shaffer’s did.  No, these deaths are laid at the feet of the “underlying illness” without so much as a peep.   When a widow like my good friend Wendy Dolin tries to explain that her husband Stewart was fundamentally a Happy Lawyer, until the Paxil kicked in, most doctors just roll their eyes.

That’s why your account of the pain felt by doctors who accidentally hurt or kill a patient struck me as so (unintentionally) poignant.  “When doctors make mistakes,” you wrote, “they are publicly shamed in court, on television, and in newspapers (that live online forever).  As doctors we suffer the agony of harming someone else—unintentionally—for the rest of our lives.”

That may be true for doctors who commit a recognized Medical Error, or just fail to anticipate every curve ball Mother Nature can throw.  But plenty more patients are dying because their doctors adhered to a Standard of Care blessed by every medical school, hospital and Fortune 500 pharmaceutical company in the land.  Especially in the mental health field.  Wendy Dolin’s husband Stewart was one – and what you have told us makes it pretty clear that Ben Shaffer was, too.  But their treating physicians face no guilt or blame for such preventable deaths.  In fact, we react by urging more people to make a beeline for their offices.

We could use a bit of medical “agonizing” over those deaths, and thousands like them.  And not mainly from individual psychiatrists (although I admit, a smidgen of remorse would be awfully nice to see).  No, what we need from doctors is collective soul-searching.  Not to mention collective action.

That’s where you come in, Dr. Wible.  Please, do not just enter Ben Shaffer into your physician-suicide registry as one more life lost to “depression” or “burnout.”  I realize that many of the suicides you have counted really might fit that pattern.  But it is clear from your own baffled recounting of his story that his is not one of them.  You know better.  And you know there are many others like him.

As you have reminded us time and time again, your colleagues and friends are dying.  We have to take our blinders off and face some hard truths, if we are ever going to make it stop.  Your TED talks, guest columns on Medscape and speeches to professional gatherings show that your voice is now being heard.  The new documentary Do No Harm: Exposing the Hippocratic Hoax will guarantee you an even wider audience.

So we really need you to speak frankly about that Elephant in the Room—and challenge your colleagues to break their silence as well.  Can you help us?

When tweeted by RxISK, Pamela Wibble responded – see below read from bottom up. Dr. Wible also shared this 2017 article from her blog, on the escalating use of psych meds by American medical students.  Her account of the results of all this drugging — and of the conditions leading up to it — is really troubling.